Wild pigs (Sus scrofa) have gained quite a reputation for being aggressive towards humans and companion animals.  A quick Google or YouTube search can easily lead one to believe these animals routinely grow to enormous sizes and will readily attack and eat humans or pets when given an opportunity.  The truth about human and wild pig interactions, however, is not nearly that sensational.  This article will explore research conducted on human-wild pig interactions, and will attempt to separate the facts from the substantial lore surrounding this topic.

While attacks on humans by wild pigs do occur, research showed that these events are extremely rare (Mayer 2013).  This study compiled available data from 412 attacks over a 187-year period (1825-2012) involving 427 wild pigs and 665 humans.  Seventy percent of documented attacks occurred from 2000-2012.

Results indicated that 91% of the attacks occurred during daylight hours and most (76%) took place under non-hunting circumstances.  In fact, 41% of all wild pig attacks on humans documented in this study were the result of the wild pig(s) being threatened in some way.  For attacks that occurred at night, most (52%) were attributed to wild pigs being threatened or involved in a sudden close encounter with the victim.

The vast majority of victims were alone and walking on foot (93.2%).  It is worth noting that 31% of documented “attacks” in this study did not involve any physical contact between the wild pig and victims.  Rather, the “attack” resulted in the victim either being chased or treed.  While 69% of the attacks documented in the study did involve physical contact, only 4 fatal attacks have ever been reported in the US.  Moreover, 3 of these fatalities were the direct result of humans pursuing wounded wild pigs that were being hunted.  In hunting related attacks, 48% were from wounded wild pigs.

Wild pig attacks on humans are not common, and research documented that one out of three “attacks” did not even involve physical contact between humans and wild pigs.

Attacks on humans by wild pigs do occur, but they are not one-sided as some media would have you believe.  Wild pigs are wild animals, and their response to provocation, whether intentional or inadvertent, can be that of self-defense.  If wild pigs are wounded, startled, cornered or protecting young, they possess the tools to defend themselves (fight) or simply run away (flight).  Wild pigs are generally much more afraid of you than you may be of them, although this may be difficult to remember during and encounter.  In many cases, they will elect to flee before you even know they are present.  However, practical precautions can be taken to minimize the potential for negative outcomes.  For example, while hunting do not immediately pursue a wounded wild pig.  Allow the animal sufficient time to expire before attempting to recover it.  When hiking or using areas where wild pigs may be present, be aware of your surroundings and take precautions to alert wild pigs of your presence if necessary. Wild pig attacks are rare, but common sense and a few simple precautions can greatly reduce the risk of this concern. 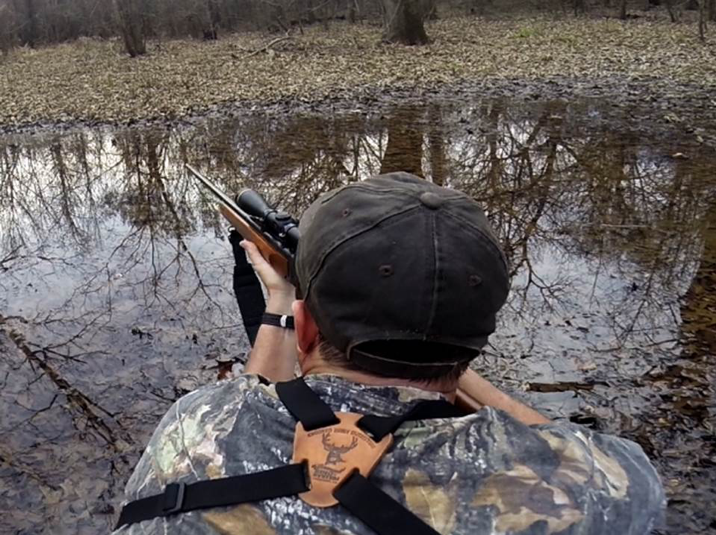 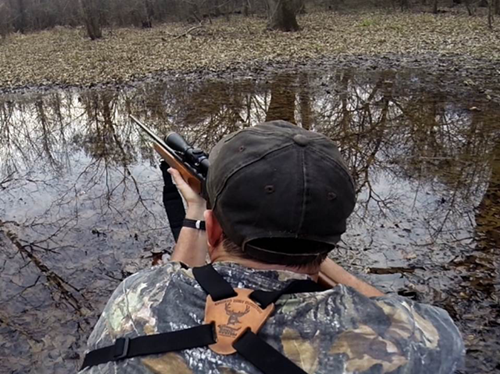 While hunting wild pigs, be sure to allow sufficient time for the animal to expire before attempting to recover any wounded wild pig.

While the potential for many human-wild pig interactions can be minimized by taking simple precautions, some cannot be avoided.  For example, vehicle collisions cause an estimated $36M in damages in the US annually.  As urban sprawl continues to encroach upon the urban-wildland interface, increased contact between humans and wild pigs can be anticipated.  Controlling expanding populations of wild pigs can reduce human-wild pig interactions, and negative impacts on agriculture and wildlife habitat.  Wild pigs can harbor as many as 45 diseases that can be transmitted to humans, companion animals, livestock, and wildlife species.  They contribute E.coli bacteria directly into surface water systems and even onto crops including spinach and others.  They cause billions of dollars in agricultural damages annually in the US alone.  As it turns out, wild pigs aren’t really going to eat you… just everything else! 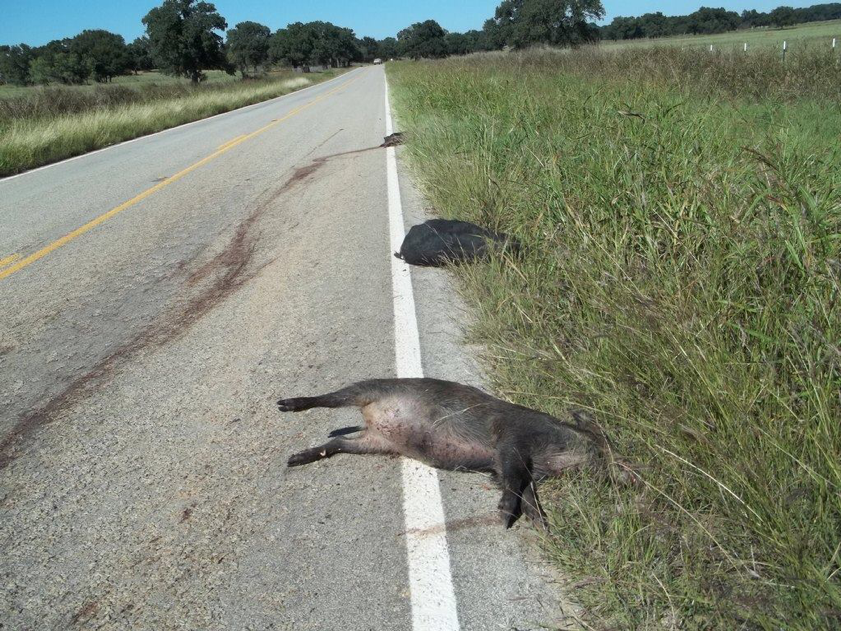 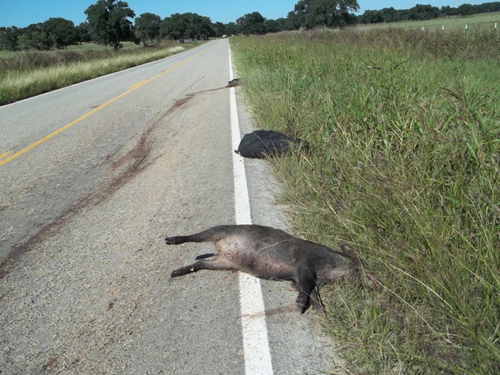