New genetic studies reveal important information about populations of the dunes sagebrush lizard, which researchers say may warrant land conservation in areas where unique populations of the species are threatened by habitat interference. 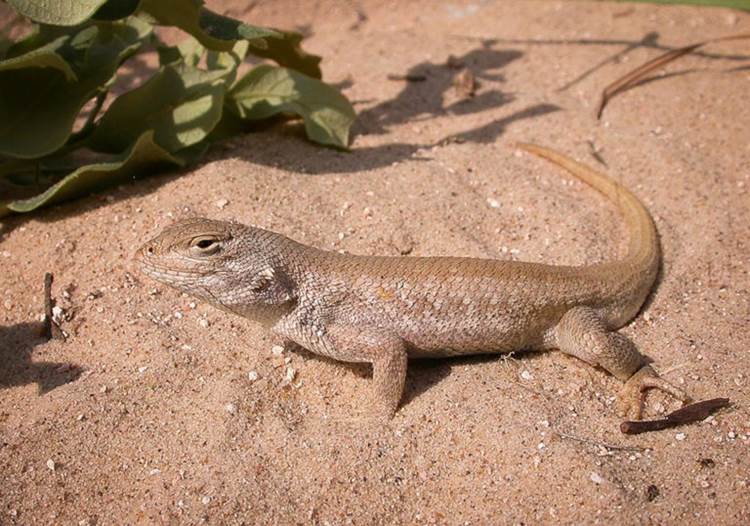 This study, conducted with lead author Lauren Chan, Ph.D., from Pacific University, Oregon, and additional researchers in California and New Mexico, identified unique populations of the endemic lizard in the shinnery oak sand dunes, raising concern for land fragmentation like development and mining in those habitats.

The researchers recently published the findings of their study in PLOS ONE.

In his lab, Fitzgerald studies Sceloporus arenicolus, also known as the dunes sagebrush lizard—a species most commonly found in southeastern New Mexico and areas in West Texas. These lizards are habitat specialists, meaning they only live in areas characterized by certain conditions and live restricted to small geographic regions.

Dunes sagebrush lizards live their entire lives in and around small, bowl-shaped depressions of sand called blowouts. Given the restricted nature of its locality, researchers, government agencies and wildlife organizations have raised concern for future conservation of this species, as human interference continues to propose threats to the species’ habitat. 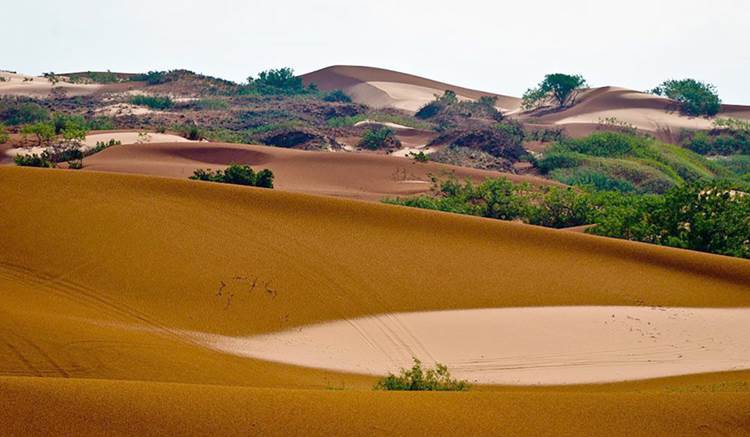 A bowl-shaped compression can be seen in the shinnery oak sand dune ecosystem after a rain. (Texas A&M AgriLife photo by Lee Fitzgerald)

“This paper reveals how land use may affect the different populations of the lizard in the future,” Fitzgerald said.

The results provide evidence suggesting that distinct populations of the sagebrush lizard species are in an area prone to development and mining. This fragmentation increases the likelihood that unique populations will be lost and threatens the future sustainability of the native lizard.

Fitzgerald, also curator for amphibians and reptiles in the BRTC, focuses his research on evolutionary ecology and conservation of reptiles and amphibians.

He said this study and previous research from Texas A&M underscore the importance of land stewardship and conservation efforts that sustain intact expanses of the biodiverse shinnery oak sand dune ecosystem and other habitats of unique species of the dunes sagebrush lizard.