Some habitat changes are easy to recognize, such as land fragmentation and habitat loss due to infrastructure development, while others will gradually evolve unnoticed. Sea level rise (SLR) is one of those unassuming factors often overlooked that deserves special attention due to the potential impact on coastal species. 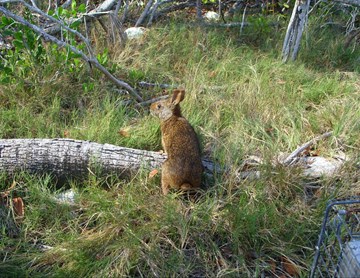 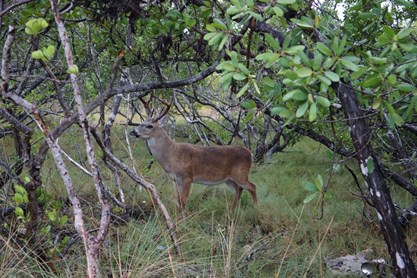 Both endemic to the Keys, these species rely heavily on specific habitat―upland vegetative communities (pine rock lands and hardwood hammocks) for the deer and the lowland regions (saltmarsh-buttonwood transition zones, freshwater marshes, and mangrove swamps) for the rabbit. Key deer and Lower Keys marsh rabbit habitats are remarkably unique yet only separated by small elevational differences, resulting in dramatically divergent vegetative communities in the Lower Florida Keys. 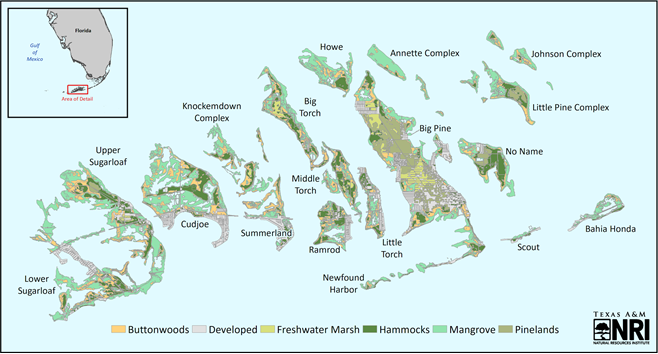 While the cause of sea-level rise is subject to intense debate, as wildlife professionals, we continue to analyze and best predict the extent to which rising sea levels will affect habitat of focal species. For species in the Keys, rising water will have significant impacts including shifts in vegetation and habitat dynamics. Fresh groundwater sources are likely to decline due to the rising salt water table, leading to loss in upland, freshwater wetland, and transitional habitats. Ross et al. (2009) demonstrated that even a small 0.2-m rise in sea level would eliminate most of the upland and transitional habitat in central Sugarloaf Key, an area currently used by both the Key deer and Lower Keys marsh rabbit. For these reasons and many others, incorporating sea level projections into short-term management planning and long-term conservation strategies is important to species sustainability.

Recently, our researchers used a compartment model to determine future risks associated with SLR in the Lower Florida Keys for Key deer viability. They determined potential future scenarios based on five SLR scenarios (with one being the lowest sea level rise scenario and five being the highest) currently described throughout the climate change literature. Of these scenarios, the scientific literature suggests that upper scenarios are currently the most likely to occur (Zhang et al. 2011, IPCC 2014, NASA 2017, NOAA 2017, TNC 2011).

Our Map of the Month features the third scenario with SLR projections at different time-intervals (2018, 2040, 2070, and 2100) as an example of how habitat can change over time.

Generally, our research found that under most likely SLR scenarios, the Key deer will experience declines in habitat, negatively impacting carrying capacity and overall population viability, particularly over long time horizons (i.e., 50+ years). Only time will tell the full extent and effects of SLR, but by implementing proactive planning and thoughtful management actions today, we can greatly help mitigate potentially devastating effects of SLR for coastal species—especially for ecologically unique island species.

The Nature Conservancy (TNC). 2011. Initial estimates of the ecological and economic consequences of sea level rise on the Florida Keys through the year 2100.

Dr. Israel Parker joined the Texas A&M Natural Resources Institute as a research scientist and mammalogist in 2012. He conducts research at locations around the United States and leads collaborations with multiple researc…