At the Rolling Plains Quail Research Ranch “everything points to quail.” We are located in Fisher County, Texas roughly twenty miles north of Sweetwater. The ranch is comprised of 4,720 acres representative of the remainder of the southern rolling plains of Texas. The habitat of the ranch ranges from sand-shinnery oak-dominated plateaus to mesquite-dominated grassland. Bobwhite quail are perfectly capable of thriving in any portion of the habitat spectrum we have on the ranch. Therefore, we approach habitat management with the same theories and methodology across the entire ranch. 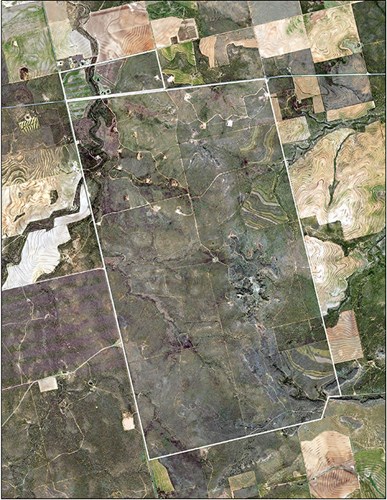 Through the generosity of The Richard King Mellon Foundation and The Conservation Fund, a 4,720-acre ranch in Fisher County was purchased in October 2006.

Our primary goal is to maximize “usable space” for quail, i.e., the proportion of the landscape that meets the habitat needs of a quail 365 days of the year. There is an important distinction for the land manager to understand when discussing the improvement of habitat for maximization of usable space versus creating an “ideal” habitat. As mentioned previously, bobwhites have demonstrated the ability to exist and persist in a wide array of habitat types. They are found not only in the Rolling Plains, but the South Texas Plains, Coastal Plains, and even all the way to the pines of Georgia and northern Florida. This adaptability, with regards to habitat management, means that as the manager invests in increasing habitat “quality” (e.g., food plots) beyond a certain point they begin to receive diminishing returns. This does not mean that habitat quality is not important or that it should not be a pursuit of habitat management. It only means that the manager should attempt to maximize the quantity of habitat that meets the needs of quail (i.e. a minimum quality threshold) prior to pursuit of the “ideal” habitat. 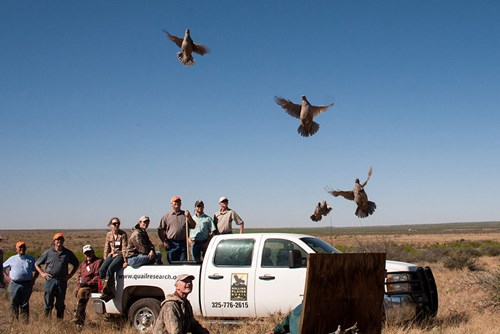 This concept is often difficult to put into a practical methodology. At RPQRR we apply the concept by rating the habitat quality of various portions of the ranch on a scale of 1-10. Our approach then is to manage to maximize the acreage that is at a 6 or higher. After that acreage is maximized we shift focus to improving habitat to greater quality. An important prerequisite to this approach, or any habitat management for that matter, is the ability to assess and evaluate habitat. The method we use for evaluating habitat is the Softball Habitat Evaluation Technique (SHET) developed by Dr. Dale Rollins and the Texas A&M Natural Resource Institute. There are more technical methods of evaluating habitat, but there is no better way to train your mind’s eye to recognize the components of quail habitat. You can learn how to use this technique here.

SHET incorporates the three basic habitat needs of the bobwhite quail: nesting cover, food, and escape/loafing cover. These needs essentially represent three different classes of vegetation. Nesting cover is typically bunchgrasses of adequate size and density, but prickly pear and yucca also make excellent nesting cover. Food includes primarily seeds of early successional forbs and grasses, insects and greens. Escape (sometimes referred to as “loafing”) cover relates to woody species of adequate size and proper interspersion. SHET allows us to determine which of these three needs are lacking most in that area—in other words, which of those factors are “limiting factors” for quail. That tells us where we need to prioritize our management efforts. 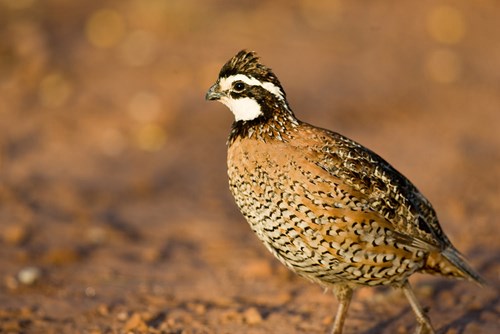 Managing with mother nature and science

The principal “tools” that we use to manipulate the habitat at RPQRR are the same as those described by Aldo Leopold in 1933 as the axe, plow, cow, fire, and gun. Soil disturbance, prescribed fire, and brush sculpting are examples. Soil disturbance sets back vegetative succession resulting in an increase in lower successional species (i.e. weedy forbs) on the landscape. Some example species that proliferate after soil disturbance are western ragweed, annual broomweed, and annual sunflower all of which provide great food for quail. The resultant increase in diversity of forbs also promotes increased insect abundance, more food for quail. Therefore, we use soil disturbance in areas we believe would benefit from additional “quail food”. In addition to soil disturbance, we plant small food plots (2-5 acres of wheat, milo, and sorghum almum) in various parts of the ranch to provide additional forage.

Prescribed fire, used properly, can be a great asset in a quail manager’s toolbox. However, used improperly, it is the greatest liability both in terms of safety and potentially negative impacts on our shrubs (remember we’re in a 22” rainfall zone out here; fire is more “quail friendly” the further east one travels). We use cool season prescribed burns in areas that we believe the relative proportion of bare ground has become too low, relative abundance of forbs has become too low, or previous years’ grass growth has become too thick (often these three happen in conjunction). In these areas, done under the right conditions, a prescribed burn will promote forb production and diversity; promote new, healthy bunchgrass growth from species such as little bluestem and silver bluestem; and increase bare ground in areas that are “choked up” with old growth.

The SHET model described above provides the basis for how we approach brush management at RPQRR. It states that you should be able to throw a softball from one “quail house” (shrub the size of a pickup truck) to another. This activity mimics the average flight of a bobwhite quail and equates to 45-65 yards between quail houses. We use this metric as our minimum amount of brush. In order to achieve this minimum, we practice half-cutting mesquite trees to improve their structure, and plant woody species (e.g., fourwing saltbush) where quail houses are lacking. Sometimes the best method is to simply let desirable brush species like netleaf hackberry and elbowbush grow. We generally regard the maximum desired brush to be the point at which that brush begins to interfere with one or both of the other two quail needs. A very important part of our brush management is an eye for the future. Before we eliminate any brush we think about whether it adds value to the habitat now, in five years, ten years, and so on.

The final component of our approach to habitat management at RPQRR is the interspersion of the three quail needs. This means that we keep in mind where these three habitat components (nesting cover, food, and escape/loafing cover) are in relation to one another. Essentially, we want a quail found at any point on RPQRR to have access to all three of these things. Therefore, we avoid disturbing soil or burning over large acreages and do not allow woody species to take over the landscape. It is when we consider this final component, interspersion, that the term “usable space” begins to make sense. While a 10,000-acre milo field has sufficient forage to support an absurd density of quail, we would not consider it usable space due to lack of nesting cover. Likewise, a quail may starve in a monoculture of little bluestem and is unlikely to survive long anywhere without sufficient escape cover. Here at RPQRR we have increased our usable space over the past ten years by providing each of the three components at the appropriate scale. Even so, we still work diligently to maintain and/or increase the overall quality of the habitat using these methodologies.

Daniel mentions quite a few different types of plant species in this article from grasses to forbs and trees. Whether you’re an expert or new to the land, if you’re interested in learning more about the different species or identifying vegetation on your property, visit our recently published Resources for New Landowners: Vegetation