The Economic Value of Hunting

The Economic Value of Hunting

A preacher once told me that where you place your money, so will be your heart. That must hold true, because a new report by the U.S. Fish and Wildlife Service showed that in the year 2016 nearly 40% of the U.S. population was involved in spending an estimated $156.3 billion on licenses, equipment, and fees to enjoy our wildlife. This sizeable investment not only shows the large interest, but plays a major role in managing our wild resources. 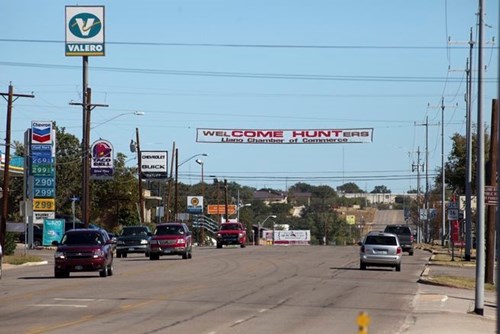 By making purchases, hunters supported the Federal Aid in Wildlife Restoration Act (Pittman-Robertson Act), which levies an excise tax on sporting goods, ammunition and archery equipment. Funds generated from this tax are used for the restoration of wildlife and their habitats, hunter education training, and development of public shooting ranges. A great deal of money must be spent in order to generate enough funds from taxes to have a significant impact on these goals. According to the 2016 National Survey of Fishing, Hunting, and Wildlife – Associated Recreation, hunters alone spent $25.6 billion on licenses and hunting gear. While these funds are useful, the benefit to wildlife and our enjoyment would not be possible without the active management done on public and especially, on private lands.  Locally, consumptive and non-consumptive enjoyment of wildlife is a huge economic stimulus and is vital to the economic vitality of many small towns across the nation.

Here in the great state of Texas, bobwhite and scaled quail are two of the species that have a large enough impact to be considered economically vital to many small towns, particularly in the western regions of the state. In the article“What’s a quail worth?” the average quail hunter in the 2010-2011 season spent $8,606 for 8.8 days of hunting. This is significant, because according to Jason Johnson, an economist for AgriLife Extension, 46% of this money was spent at the hunter’s final destination and another 18% between the hunter’s home and his hunting property. This brings a great deal of funding directly to rural Texas communities, in contrast to the funds generated through the Pittman-Robertson Act that end up in the hands of state wildlife agencies. In this way, quail hunters stimulate small town economies and help to ensure the continuation of their sport by making quail a valuable commodity.

However, quail are not the only wild animal that is a valuable commodity. A species does not even have to be hunted to be considered economically important. According to the U.S. Fish and Wildlife Service report, $75.9 billion dollars of the $156.3 billion dollars spent on wildlife in 2016 was spent by wildlife watchers, which includes bird watchers, photographers, etc. In this way, the economic impact of wildlife is not limited to hunters, but by paying self-imposed taxes, hunters assure that these resources will be well-managed into the future.