The Concept of “Slack” in Quail Habitat Management

The Concept of “Slack” in Quail Habitat Management

“Habitat” is a term commonly used in wildlife management which refers to four essential components: food, water, shelter, and space.  While this is a simple definition, it can be surprisingly difficult to describe quality bobwhite quail habitat, especially since there’s no exact formula for it. The look and feel of “bobwhite country” here in Texas will be quite different than in Georgia, for example. No matter where you go though, the ideal habitat for bobwhites includes well-interspersed stands of woody plants to provide refuge from predators, native pasture grasses and forbs for nesting cover and food, and bare ground that is free of plant litter and vegetation.  To effectively manage for quail in Texas, landowners and managers need to know the habitat requirements for their target species.  The ideal habitat for particular quail species may vary, but they share certain guiding principles which we will discuss here. 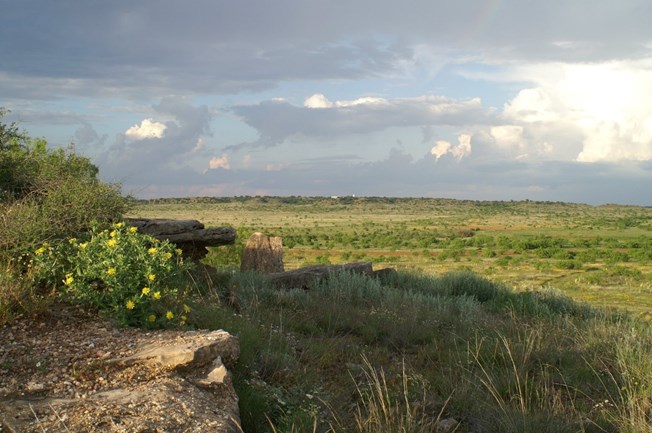 There are two concepts that provide the foundational and theoretical basis for quail habitat management: “usable space” (Guthery 1997) and “slack” (Guthery 1999).  Usable space is defined as habitat that is compatible with the behavioral, physical and physiological needs of quail (Guthery 1997).  Think of it—literally—as the portion of the landscape that meets life requirements of quail. If we’re evaluating a property in terms of usable space for bobwhites, then heavily forested areas, plots of Bermuda grass, fallow fields, and similarly unappealing landscapes for quail would not be included in our usable space equation. It can serve as a meaningful measurement for evaluating existing quail habitat, impacts of management treatments, and emerging patterns in applied management schemes (Hernández et al. 2007).  For landowners and managers, it means that quail populations are maximized when they are able to use any part of the landscape throughout the year for their needs. 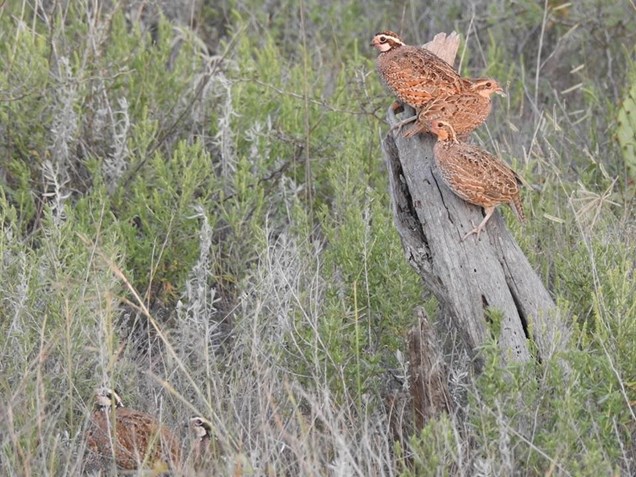 So, what is slack in quail habitat management? This concept was introduced by Dr. Fred Guthery in his 1999 paper titled Slack in the configuration of habitat patches for northern bobwhites.  He used this term to describe the concept that habitat patches (herbaceous or woody cover) may be arranged differently across the landscape, but these arrangements can result in equally valuable habitat for quail.  These various arrangements create what Guthery calls “slack zones.” These slack zones arise when the relationship between an independent variable (such as annual rainfall) and a dependent variable (such vegetation production) forms a bell curve, as illustrated below. What it means in practical terms is that there is a range of ideal states, rather than a single perfect configuration, e.g. “vegetation production will be maximized when annual precipitation is between 20 and 30 inches.” Slack zones can apply to almost any species or ecological relationship in nature, including quail populations themselves. 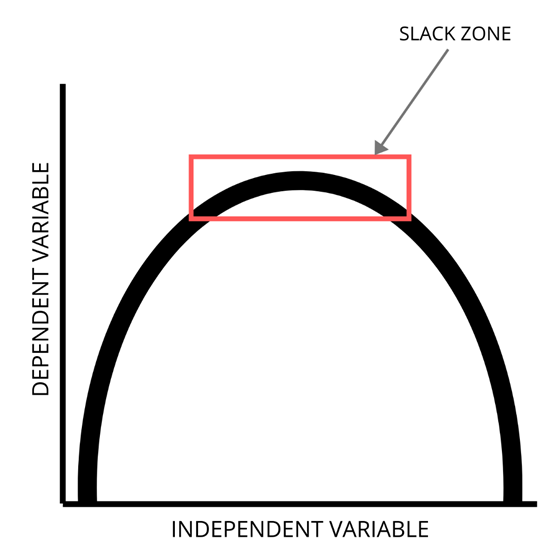 While quail have behavioral and morphological traits that require their habitat to have certain features, the way those features are achieved can vary widely (Guthery 1999). For bobwhite quail in particular, you only need to look at the impressive range of the species to appreciate its adaptability, as the climate, vegetation, and animal communities are quite variable where they occur. Slack is especially pertinent to bobwhite quail because their vegetative cover requirements are known to be highly flexible in some regards.  For example, the acceptable amount of woody cover for bobwhites is known to lie within a generous range of 20%-60% (Kopp et al. 1998), and there are always multiple plant species that can potentially fulfill bobwhite habitat requirements. Therefore, one should expect bobwhite habitat to look similar, but not identical, throughout their range.

So how does slack factor into a quail manager’s decision making?  There are two main ways.  First, it means that there is no single, perfect way to achieve “ideal” habitat—good news for quail managers. There exists a composite of suitable habitat arrangements which can maximize quail abundance within certain bounds or ranges (Guthery and Rollins 1997, Guthery 1999).  For example, bobwhites can forage in both woody or herbaceous cover, and this cover can be arranged in any imaginable pattern so long as no two essential habitat types are farther than 100 yards apart (Guthery 2007). 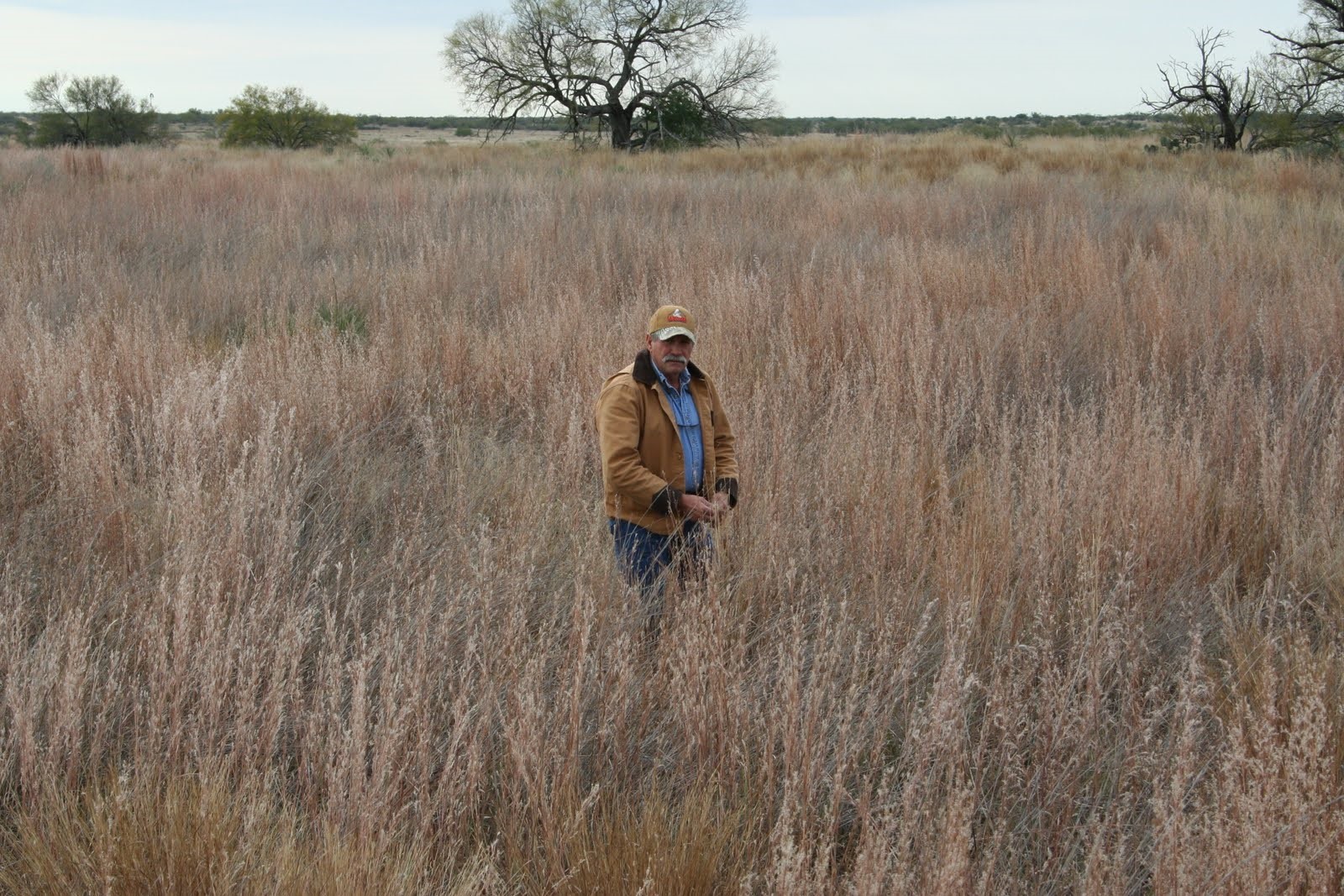 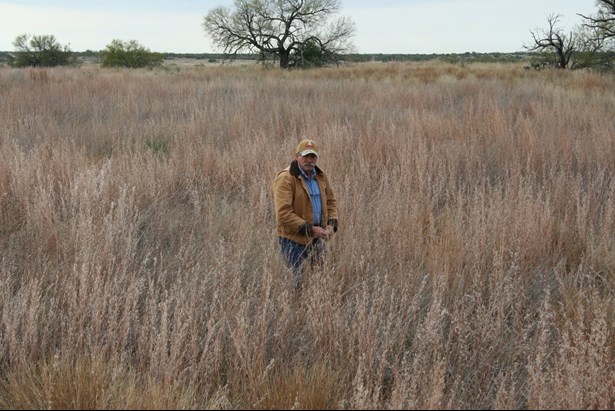 Second, in theory, this means that there could be instances where habitat management practices may not have any effect on quail populations at all.  This usually happens when management actions result in a habitat configuration that has equal value to the existing habitat for quail.  Therefore, a manager’s goal should be to identify the limiting factors in their quail habitat and aim to improve those elements if they want to see a positive response in quail populations (Guthery 1999).

Slack and usable space are critical concepts in quail management because they allow for a range of acceptable habitat configurations, help managers view the landscape from a quail’s point of view, and cushion the effects of population count errors or poor harvest decisions (Guthery 2007). The slack inherent in quail populations also makes them more resilient, increasing the likelihood that they will endure in the face of stochastic events like droughts, floods and disease.  Landowners who make usable space the guiding tenet of their management approach and appreciate the “wiggle room” afforded by slack are giving their quail the best possible chances of survival.

How to Use the Bobwhite Management Applications

Guthery, F.S. 1999. Slack in the configuration of habitat patches for northern bobwhites. Journal of Wildlife Management 63:245-50.