Wildlife management co-ops allow for collective management plans, where relatively large tracts of land can be actively managed through the pooling of resources and efforts. These same principles can be applied through a targeted wild pig abatement co-op. Interested landowners may enter the program by paying a small fee, usually on a per acre basis, that is matched by the county through various funding sources. By requiring landowners to match the county funding, the resources available to the program essentially doubles. The money then goes into a targeted abatement effort, such as aerial gunning, corral traps, box traps, wireless/suspended trap technologies and other means of reducing the damages associated with wild pigs. 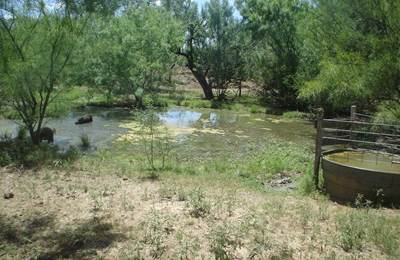 Advantages of a county-based wild pig co-op can include increased landowner engagement, reduced numbers of wild pigs over a continuous area and long-term success through continuous control. Landowners contributing funds to the program are much more likely to be engaged and take advantage of the available services and expertise for as little as $.50 on the dollar. Encouraging neighbors to participate in a program ensures large, continuous tracts of land can be impacted. The upfront cost of a county purchasing head gates and materials to build corral traps can be somewhat expensive, but the long-term benefits are significant and can potentially quickly offset the initial investment.

Over the last two years, one central Texas county has successfully implemented a similar co-op program instead of a bounty program. The county obtained several grants totaling $37,500 along with an additional $15,000 in county funds set aside for wild pig abatement efforts. The county used these funds, along with funds from participating landowners, to purchase materials to build nine large corral traps and five remotely activated head gates. A suspended trapping system and other supplies including game cameras, corn, feeders and batteries were also purchased. Abatement efforts were then enacted over 10-12 months. Since the first traps were placed on properties almost two years ago, more than 1,000 hogs have been trapped and removed from the population. Considering a wild pig is estimated to cause a minimum of $250 in annual damages, either to agriculture or through other means, this Texas county has saved more than $250,000 by implementing a countywide cooperative trapping program in lieu of a conventional bounty program. This figure is from trapping activities only and does not include the additional savings incurred through other abatement strategies including aerial gunning, snaring, strategic shooting and the use of trained dogs.

If you are interested in participating in a similar program or are just curious as to what kinds of resources may be available to you within your county, contact your Texas A&M AgriLife Extension Service county agent. He/she can tell you what kinds of programs/resources are available in your county and can put you in touch with professionals such as those from Texas Wildlife Services who can assist with such efforts as beginning an aerial gunning regimen on your property and/or within the co-op. While the success of any cooperative hinges on collaboration and cooperator engagement, this strategy can offer a continuous and long-term alternative to conventional bounty programs.