A little-known federal program that shields military bases from encroachment could yield big adaptation and resilience benefits for some of the nation’s most climate threatened regions.

The Sentinel Landscapes Partnership is helmed by the departments of Defense, Agriculture and the Interior. In its eight years, the program has enrolled more than 2.25 million acres of public and private lands in conservation easements and agreements, stretching from coastal Florida to Arizona’s Sonoran Desert to the Upper Mississippi River in Minnesota. 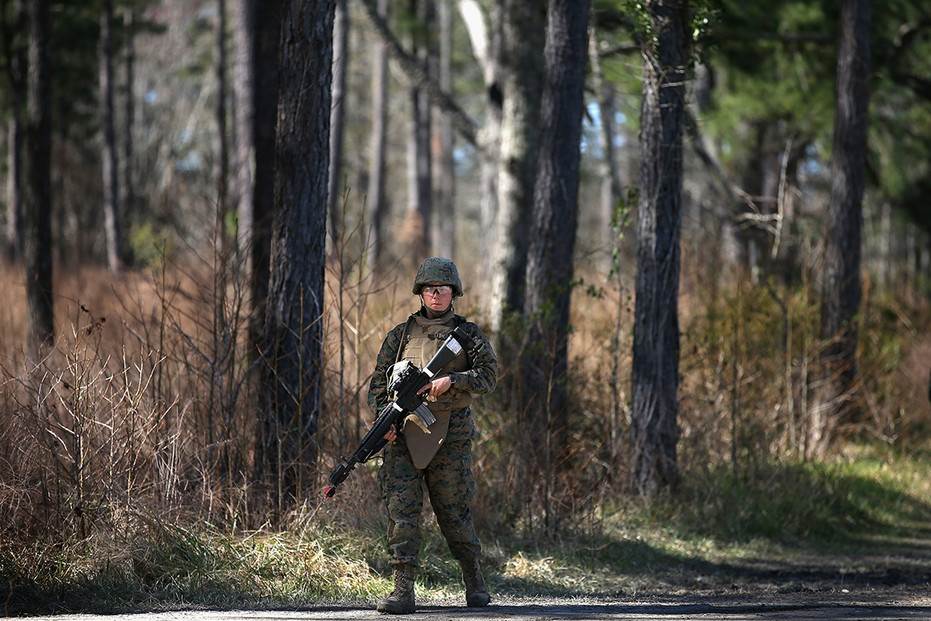 All have a role in national defense, and all are uniquely threatened by climate warming, experts say.

But unlike base-specific adaptation plans — many of which have been slow to the nearly $700 million Sentinel Landscapes program has allowed public and private land managers to address climate risks at much larger geographic scales, including broad regions with clusters of military installations. This year, it expanded its reach from seven “landscapes” around military installations to 10, and added a position focused on climate adaptation.

The program does not have the regulatory authority to set new land use protections. Rather, it’s a framework for the Pentagon to align its environmental objectives with those of USDA’s Forest Service and Natural Resources Conservation Service, Interior’s Fish and Wildlife Service, and other natural resource agencies.

To date, the partnership has helped establish government protections for more than 465,000 acres around military installations, according to an overview of its work published online.

“The mission footprint is much larger than the base itself, and in terms of resilience, you’re expanding it even further, often far beyond where they’re conducting live fire exercises or training in drop zones,” said Chris Baillie, the program’s resilience and climate adaptation coordinator for eastern North Carolina.

The program has several regional coordinators, but Baillie is the first one focused on resilience and climate adaptation. His position was announced earlier this year; if successful, the program may create similar positions in other regions, or “landscapes.”

Baillie’s position is funded by DoD’s Readiness and Environmental Protection Integration program, officials said, as part of the agency’s eight-year, $141 million investment in the partnership since 2013. Over that same period, U SDA and Interior have contributed roughly $264 million, alongside $184 million in state and local dollars and $80 million in private contributions.

In recent years, USDA has covered the bulk of the partnership’s federal allocations, accompanied by a surge in state spending. But the program’s focus remains on aligning U.S. military training objectives with conservation and other environmental priorities, notably climate change.

While the Pentagon has been more proactive than some other Cabinet-level departments in identifying and responding to specific climate threats, “traditionally, funding for projects didn’t go beyond the fence lines of individual installations,” Baillie said. Sentinel Landscapes seeks to break down those long-standing fences, not only thin DoD, but across multiple federal agencies, he added.

The departments of Agriculture and the Interior, for example, are full partners in the effort, allowing for greater coordination among military commanders, public and private landowners, and natural resource managers as they address multiple and often related challenges.

“There’s so much money out there at the moment,” Baillie said, referencing the surge in climate spending under the recently passed Infrastructure Investment and Jobs Act. “It’s about finding where the synergistic projects are, then identifying how we can operate at a landscape scale and promote a more unified approach to resilience.”

This year, the program, whose footprint covers 24 million acres in multiple states, is expanding by 50 percent. The additional 12 million acres are in Florida, Texas and Indiana, where multiple military installations are at risk of encroachment or incompatible land uses that could exacerbate the risk of storm surges, pluvial flooding or drought.

That’s in addition to almost 1.7 million acres in central Florida designated as the Avon Park Air Force Range Sentinel Landscape. Much of that land, which extends from the outer reaches of Orlando to Lake Okeechobee and the headwaters of the Everglades, is “known for its rich biodiversity and abundance of private ranches,” according to a program fact sheet.