Featured Map: What satellites tell us about drought in Texas

Featured Map: What satellites tell us about drought in Texas

Scientists employ various methods, models and data to track weather patterns, including drought – a condition closely monitored by Texans, especially those involved in agriculture and natural resources. As a common resource, you're probably familiar with the U.S. Drought Monitor (USDM), often referenced by meteorologists to show the severity and location of drought. A broad network of experts develop the USDM using the “best available data” and local knowledge (What is the USDM | U.S. Drought Monitor (unl.edu)).

During a weather report, meteorologists often show us cloud cover from satellite images, especially during hurricane season and periods of heavy rainfall. Did you know satellites are also used to detect and monitor drought? One example is NASA’s Moderate Resolution Imaging Spectroradiometer (MODIS) satellite. Images collected with this satellite help scientists create the Vegetation Drought Response Index (VegDRI), an indicator of vegetation stress due to drought. Made available to the public through the USGS Earth Resources Observation and Science (EROS) Center on a weekly basis, VegDRI “[integrates] remote sensing, climate, and biophysical data to provide timely drought information for the conterminous United States”.  The satellite can “see” parts of the light spectrum beyond what is visible to humans, meaning it can help us measure how vigorously plants are growing or how stressed plants are based on the amount of light absorbed or reflected at certain light wavelengths involved in plants converting sunlight to energy. Who would have thought photosynthesis and satellites working together could produce incredibly insightful data? Science! 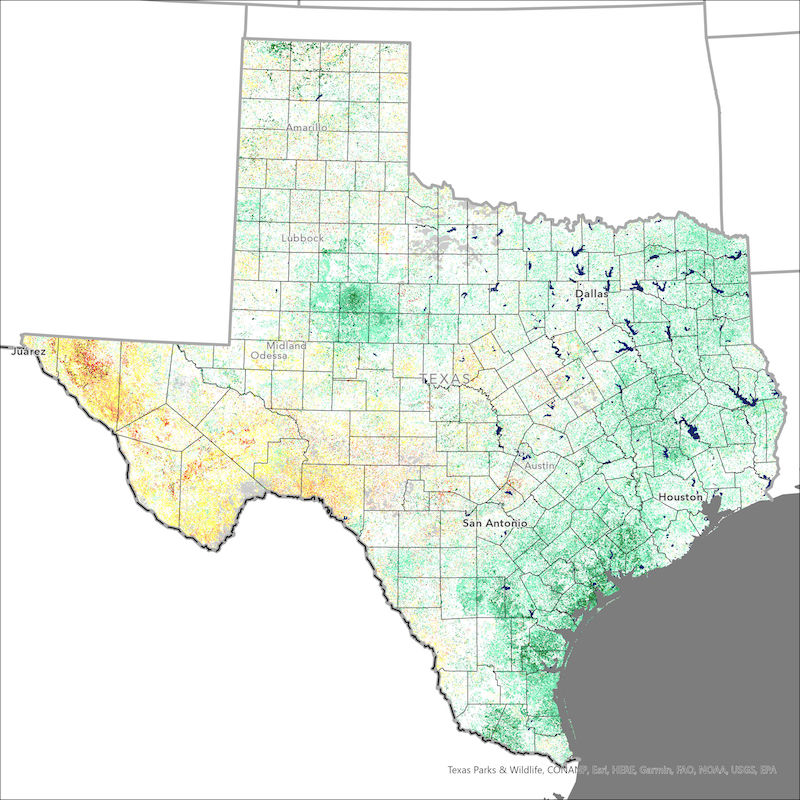 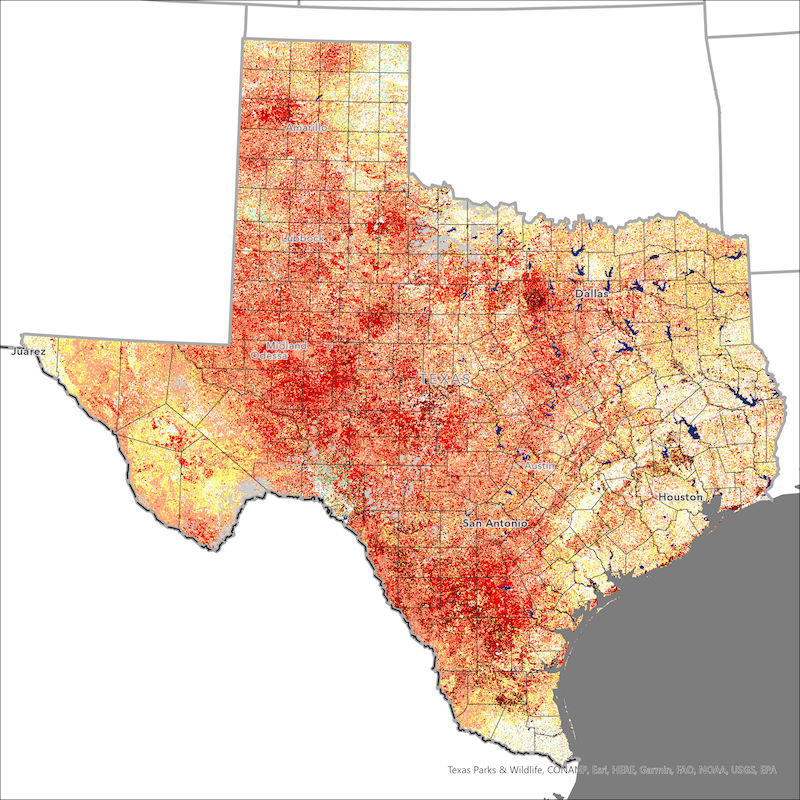 VegDRI showing us the response from rainfall on September 4, 2022 and a followup regression after no additional significant rain on September 25, 2022.

Drought was almost non-existent in August 2021 in the state.  Almost all of Texas was impacted by some level of drought in August 2022.  Rainfall in August provided relief, but without sustained rainfall, drought is already increasing again.

Other interesting facts from the U.S. Drought Monitor 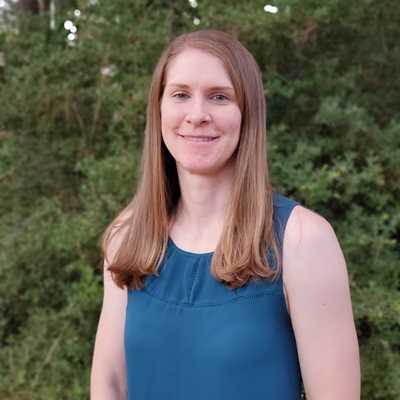 Addie Smith assists in the development and analysis of data and requests for natural resource mapping projects within the institute.  She joined the institute as a student technician in 2012. She received a Bachelor of Scienc…