A wild pig interview with students

A wild pig interview with students

As an educator of sorts, I often find that I learn just as much by teaching as my students hopefully do in my workshops. When we consider the outcomes of our stewardship efforts collectively as teachers and students, we are asked to be nimble in our thinking, open-minded to possibility and willing to test theories and applications. When it comes to wildlife research, our foundational methods for capturing data and learning don’t change very often—the key is in how we study what we’ve learned and how we remain stewards of discovery together.

I was recently interviewed by two students, one in high school and the other in college, working separately to conduct exploratory projects on wild pigs (Sus scrofa) in the U.S. They were similarly looking to talk to natural resources professionals who currently work on the issue of invasive wild pigs. Their questions struck me as both thoughtful and relevant to anyone interested in wild pig management, proving again that our perspectives are truly expanded by working together, so I thought I’d share some of their questions as well as the responses provided.

For landowners, large-scale trapping efforts such as corral trapping remain perhaps the most practical control methods currently available in Texas and the United States. This technique allows the potential removal of substantial numbers of wild pigs during each trapping session.

This is a difficult question to answer with certainty. Lethal control methods such as trapping, shooting, aerial gunning, snaring and the use of trained dogs can all be very effective to reduce wild pig numbers. Emerging methods such as the use of toxicants have also shown good efficacy in various research trials and if accepted and widely used could aid the reduction of wild pig numbers overall. However, wild pig populations continue to expand across the United States due to their intelligence, adaptability and fecundity. Populations also have historically benefited from both intentional and accidental releases which must be curbed in the future. Additionally, the considerable investment and extended effort required to effectively reduce wild pig numbers and damages, unfortunately, precludes many from even trying. At the same time, human populations and development continue to expand across the United States. If these trends continue, wild pig populations in 10 years will likely be as bad or worse, particularly along the human-wildland interface.

Wild pigs cause at least $230M in agricultural damages annually in Texas alone. It’s hard to justify allowing such damages due to the costs associated with wild pig control efforts or lack of any effort at all. Additionally, wild pig damages and impacts directly translate to higher consumer costs, the expense of agricultural production, etc. My response to critics of wild pig control would be that it’s simply too expensive to do nothing.

Keep in mind that agricultural damages are not the only cost. Unseen damage to waterways, caused by wild pig rooting, increases sediment loads that affect aquatic plants and animals. Further, because these animals rely on wallowing to cool themselves, they spend much of their time near ponds, creeks, and rivers, and when wild pigs defecate, they contribute E. coli, which could be harmful to wildlife and humans. The task of improving watersheds is much more difficult because of this exotic invader and is a major concern of the Texas State Soil and Water Conservation Board. 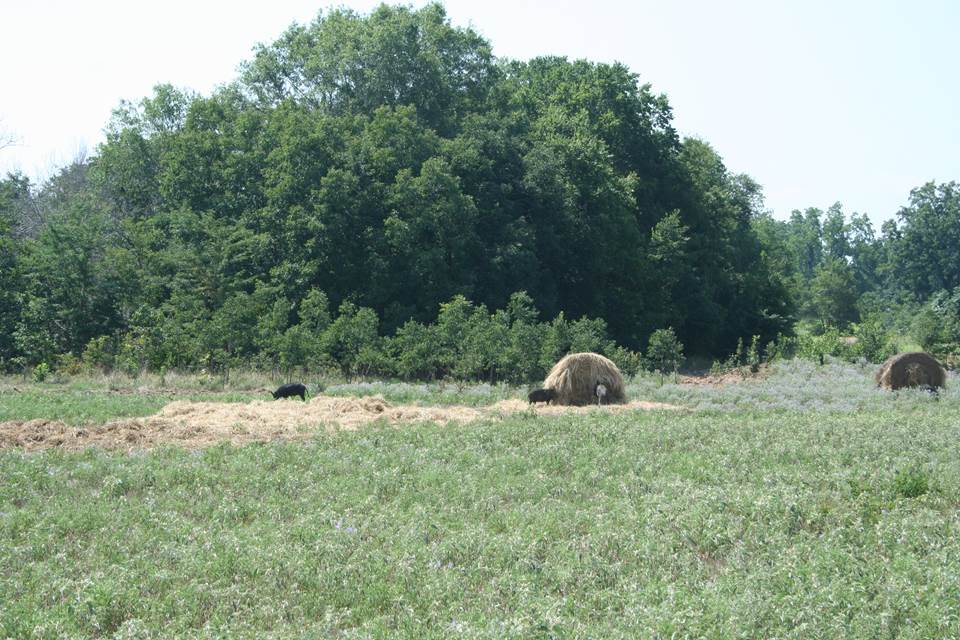 Some could debate that natural causes of mortality in the wild are actually much worse than mortality resulting from human control efforts. In nature, there are only so many options for an animal to perish, and all must do so eventually. For example, disease, exposure, starvation and predation (often while still alive) can take extended periods of time to result in mortality. Therefore, natural mortality could be considerably more “inhumane” by conventional standards when compared to the instantaneous dispatch resulting from ethical wild pig control efforts. Also consider that without intentional lethal control efforts, wild pig populations are known to cause the predation, disease and starvation of a wide variety of native species.

My opinion is that more research is needed to determine the efficacy, expense and damage reduction associated with any currently available wild pig contraceptives.

Of the current legal options available in Texas as of 2021, some are generally best suited for population reduction while others are often best employed as tools of pressure to direct animal movements and reduce damages. Generally, trapping and aerial gunning are viable population reduction methods, while snaring, shooting and trained dogs are good choices as tools of pressure. Keep in mind that there are always exceptions to this depending on the situation and the skill of those employing each method. Selecting the right tool for the job at the right time and implementing a combined approach of both population reduction and population pressure specific to the situation remains a critical component of wild pig management. However, nonlethal deterrents such as noise-making devices, scents and motion-activated lighting usually only work for a short period of time (if at all) before wild pigs acclimate to them and ignore them completely. 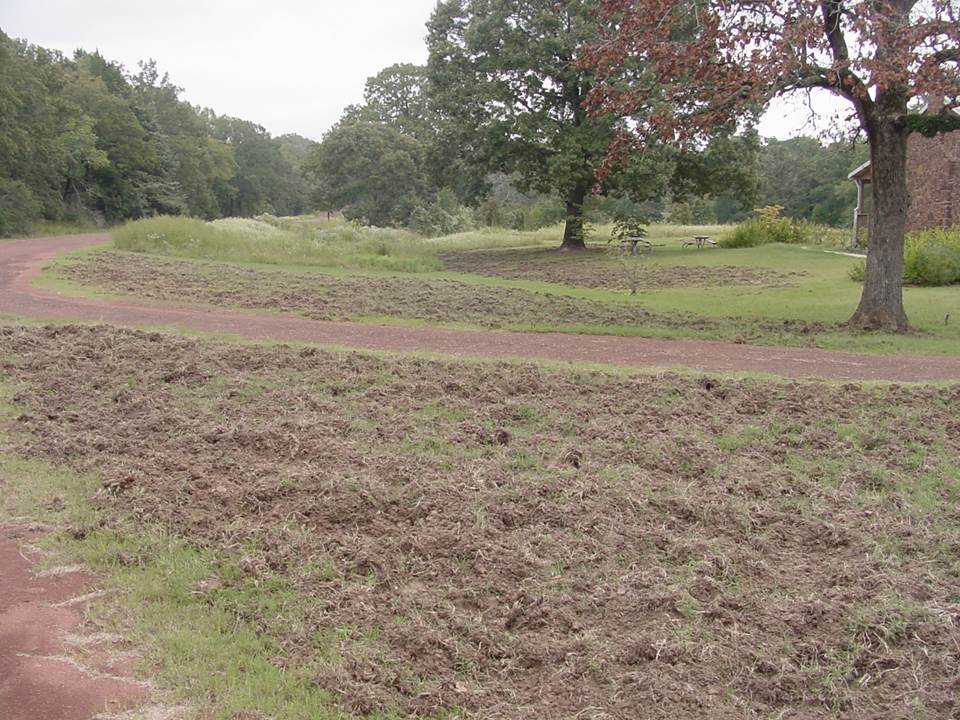 Expanding populations of wild pigs only compound the significant impact they present on the landscape today. However, increased urban encroachment and its related damages among the human-wildland interface will likely lead to the greatest increase in wild pig damages given current trends in human population expansion.  There are many studies that show wild pigs directly prey on native species, and they consume native vegetation, sometimes to the extent that it changes the ecological community. For instance, wild pig consumption of mast (nuts and fruits), reduces the future growth of key food-producing plants. Further, in forested areas of eastern Texas, rooting has been linked to an increase in non-native seedlings and plant establishment. Cascade events like these could be causing more damage than we realize.

Toxicants have shown promise in various research trials.  While no single method, including the use of toxicants, should be viewed as a “silver bullet” for wild pig control, this option is perhaps the most anticipated of any current or potential lethal method. However, no toxicants are currently labeled for use in Texas as of 2021.

Both environmental recovery and direct control are important components of wild pig management, and only in a “perfect” world could one be selected over the other. However, if I had to pick just one, direct control to reduce both wild pig populations and damages would be my choice. The rationale here is that direct control can reduce the need for (and expense of) environmental recovery and damage repair, and can also directly benefit native species, habitat, water quality, and agricultural production before the damages/losses occur.

Not as a public hunting coordinator, but I have observed this in my current role working directly with landowners. Make no mistake, there is a multimillion-dollar industry centered specifically on wild pig hunting and related commercial products. It is not uncommon for landowners who attend seminars to learn how to better control wild pig populations to also profit from the sale of wild pig day hunts, seasonal/annual hunting rights leasing, etc. This does not necessarily mean that these landowners are intentionally encouraging wild pig populations, but it is reasonable to assume that some may be while others only do so inadvertently.

Some of the other answers above already address these questions, but large-scale trapping efforts such as human and animal activated corral trapping remain the most feasible and accessible means for the average person. Nonlethal methods are often a great supplement to lethal control efforts but can’t be used as replacements. Contraceptives that are currently available are not research-proven as of 2021, and more research is needed to determine their efficacy. In short, lethal control efforts remain critical to reducing wild pig numbers and damages. I believe there is potentially more benefit in developing a viable toxicant than devoting resources to a contraceptive. The rationale here is that even sterilized pigs would still cause tremendous damages and environmental impacts. Additionally, the high monetary expense of maintaining infertility throughout the reproductive lifespan of a wild pig that is still free-ranging and causing extensive damage doesn’t make much sense when evaluated critically. 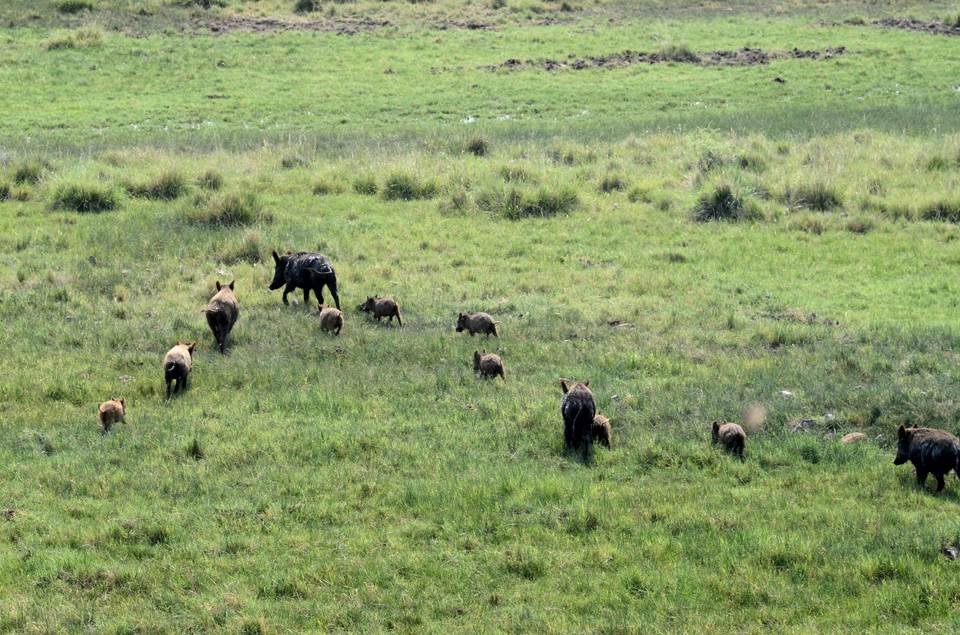 Damages that wild pigs cause annually to water quality, habitat, native species, agricultural production, and through disease transmissions are extensive. The nationwide economic toll of their many negative impacts now conservatively tallies well into the billions in the United States each year. The insight and concern communicated by these students both directly to me and through their questions on the issue of wild pigs were both admirable and encouraging. However, one simple fact remains: future generations will undoubtedly inherit tomorrow the issues current generations fail to address today.