April showers bring May flowers, which may be the better part of spring for Texans—a charismatic display to distract us from the inevitable heat ahead. Alas, they are more than their displays: with over 2,500 species, native Texas wildflowers provide critical habitats for an array of pollinators, help protect the soil from erosion and create the best views for lone star road trips. Their beauty is showcased along winding highways, sprinkled through the piney woods, blanketed throughout the hill country and stretching into the plains. 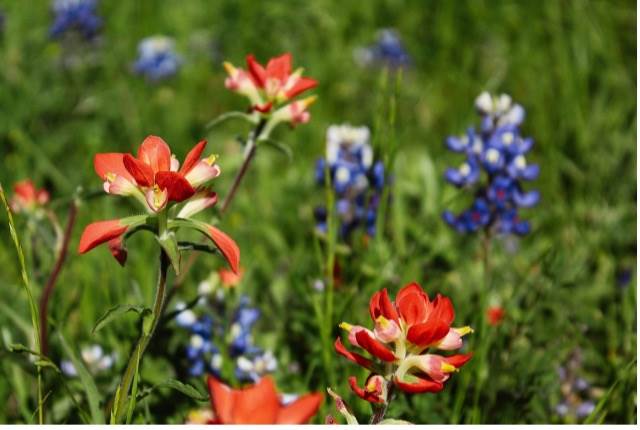 Like firecrackers emerging from the ground, Scarlet Indian Paintbrush flowers provide a bright contrast of red against a sea of bluebonnets and other wildflowers this time of year. This biennial species grows in open prairies as well as wooded areas during the spring. Although the Scarlet Indian Paintbrush has the ability to produce energy through the process of photosynthesis, it also derives nutrients from other plants such as perineal grasses, classifying it as a hemiparasite. However, pollinators like bees and hummingbirds still utilize the flower for its nectar. Historically, Native Americans would use these paintbrushes as both a love charm and a poison because of the species’ toxic properties. 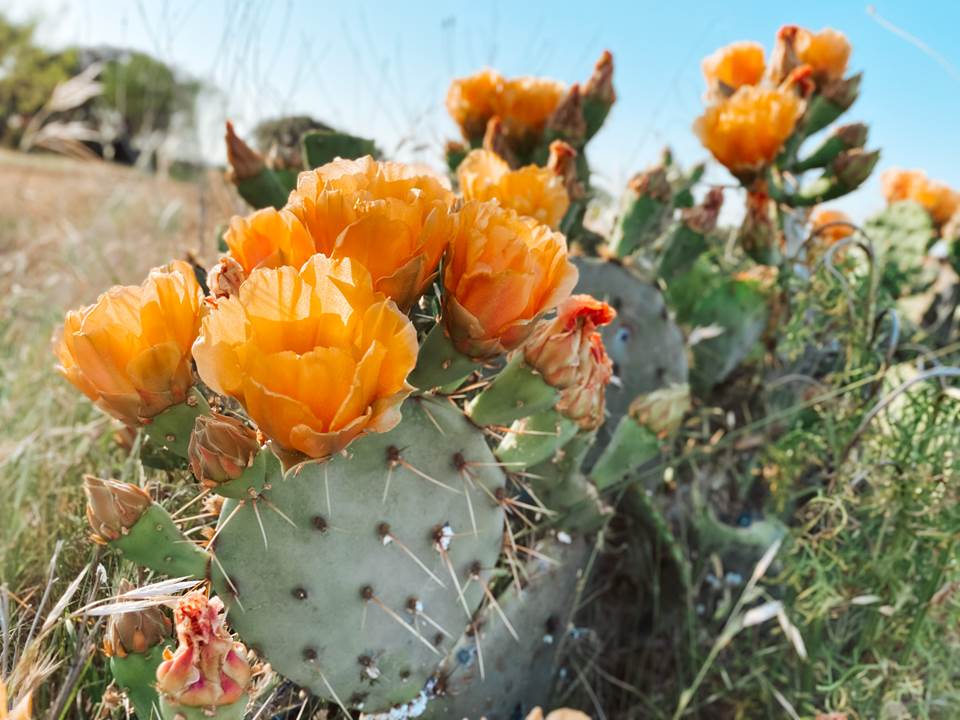 Just as tough and resilient as the terrain it lives on, the native Prickly Pear blooms almost overnight. The beautiful colors of the Prickly Pear range from pink to red and yellow to orange. They embellish rocky soils across Texas starting in June and represent the epitome of desert beauty. Additionally, the fruit produced by the Prickly Pear is often eaten by birds and other wildlife as well as the occasional Texan. 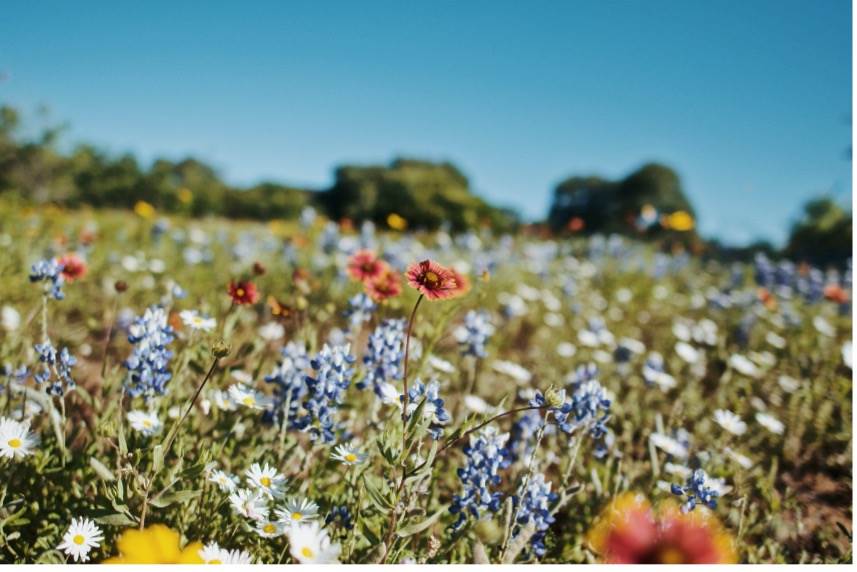 It’s a hairy situation with the Indian Blanket Flower. This pinwheel-shaped flower sits atop a slender hairy stem. The bright orange, yellow and red blooms emerge during late spring and can last until August. Covering fields like a blanket, the Indian Blanket Flower got its name from its resemblance to traditional Native American blankets. Butterflies enjoy the blanket flower's nectar and other species even utilize the blanket flower as a host plant to lay their larva. 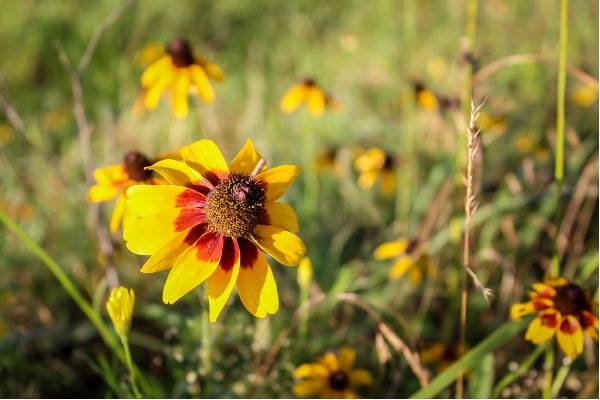 Basking in the sun, the Prairie Coneflower, also known widely as the Mexican Hat, boast bright yellow and deep-red droopy blooms. Native to the Great Plains, this flower grows in a variety of soils and environmental conditions. It is drought tolerant, blooming even during the hottest of Texas summer days. The protruding cylindrical center of the Prairie Coneflower bloom provides seed for a range of wildlife and livestock and is often considered an ideal browsing plant in the spring. When found in a diverse plant community, it can offer cover and nesting areas for many upland bird species. 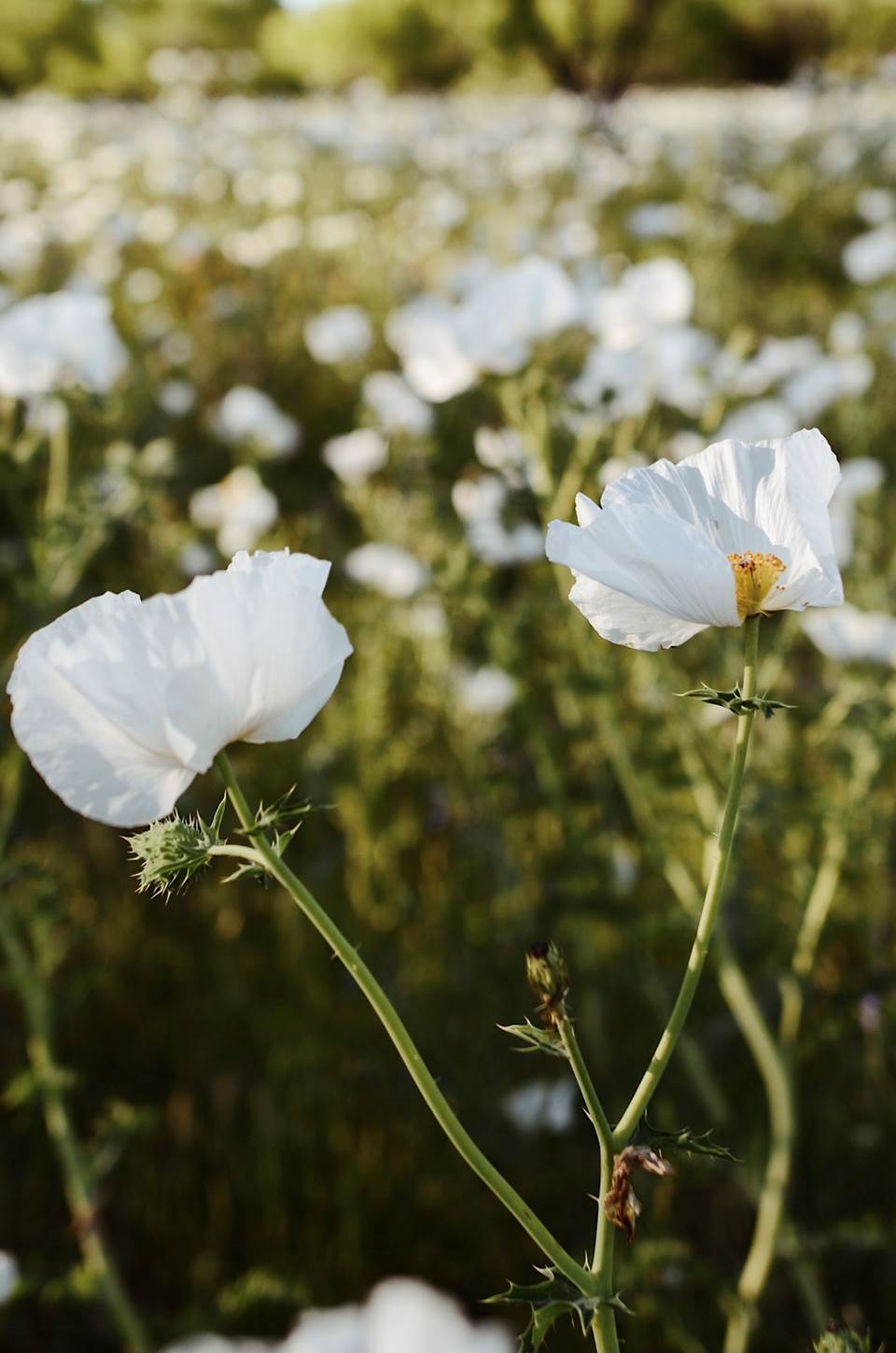 White Prickly Poppies are one of a kind! Standing elegantly above other wildflower species, their delicate, papery white flowers sway in the wind while their prickly stems deter cattle, deer and other browsing wildlife. Bees and other pollinators enjoy the abundance of pollen that poppies produce. Their nutritious seeds also offer a great food source for many birds, such as dove and quail. 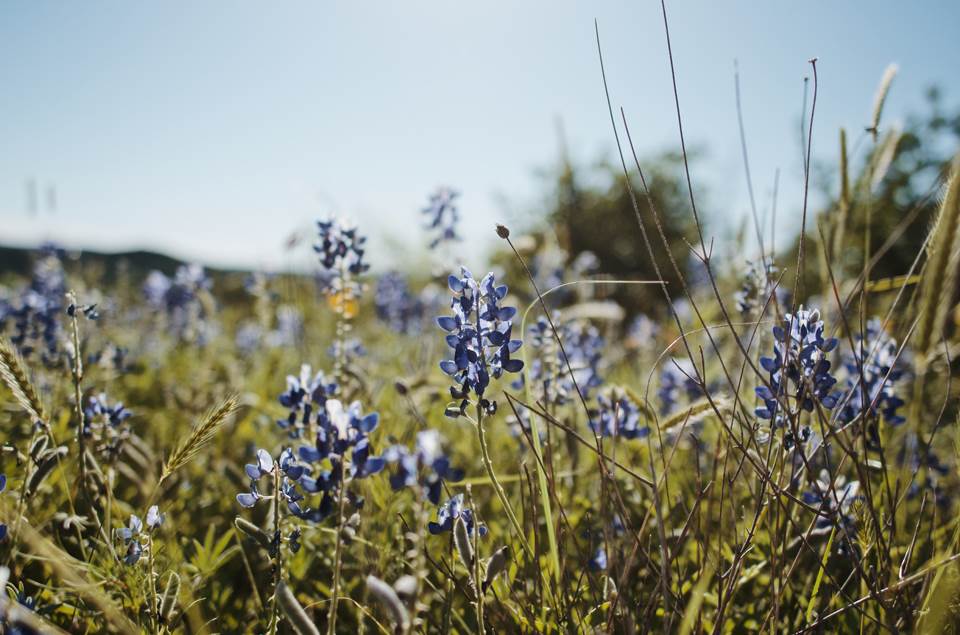 Finally, the mighty Texas Bluebonnet is one of the first species that comes to mind when thinking about wildflowers. Blanketing fields throughout the hill country with hues of royal-blue, the Bluebonnet only blooms in Texas which is why it is the official flower of the Lonestar State. Their lifecycle begins in early fall as seedlings expand while their top growth and blooms will start to emerge in the spring.

Bluebonnet blooms aren’t restricted to the beloved rich blue color Texans commonly see. If you’re lucky, you might run across the rare albino bonnet, which can sometimes appear nested in patches of other Bluebonnets. Just as rare as the white bonnet, the pink bonnet is only found in a few places in Texas. It was carefully selected and bred by scientists to create a subtle and unique pink bloom. 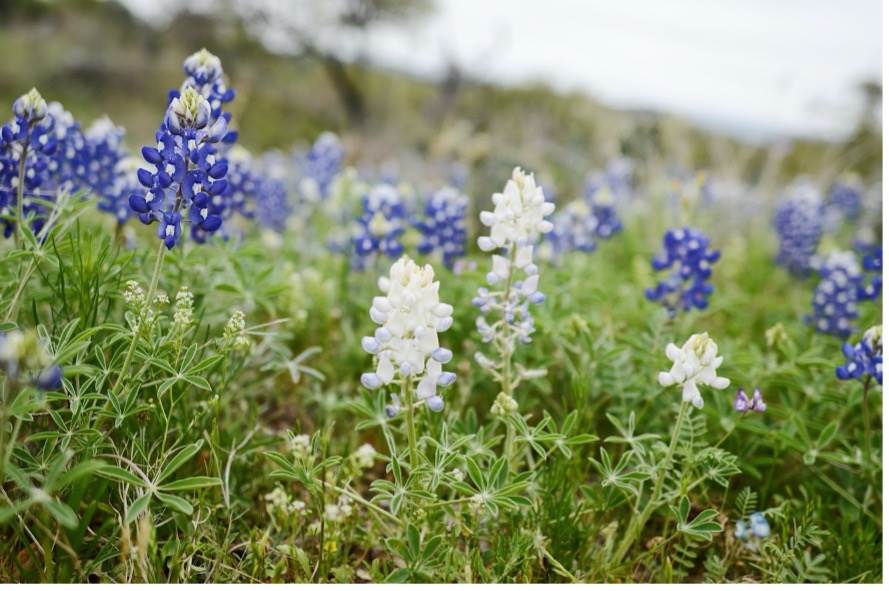 Bluebonnets not only enhance Texas scenery, but they also improve the soil that they grow in. As a member of the legume family, the roots of Bluebonnets interact in a symbiotic relationship with bacteria in the soil to produce nitrogen.

Each wildflower plays a unique role in the ecosystem, adding value to soils while providing food and cover for wildlife and insect species. Their showy blooms are truly a sight to see while traveling across Texas and can even act as an indicator of healthy land for private landowners. See if you can identify these six species next time you’re driving down the highway or walking through your property.