Listing an animal or plant as “threatened” or “endangered” under federal law can impact the lives of landowners, ranchers, and farmers. Unlike states where much of the land is publicly owned, Texas is roughly 97 percent privately owned. For this reason, successful conservation efforts in Texas require private landowners and government agencies to work together. 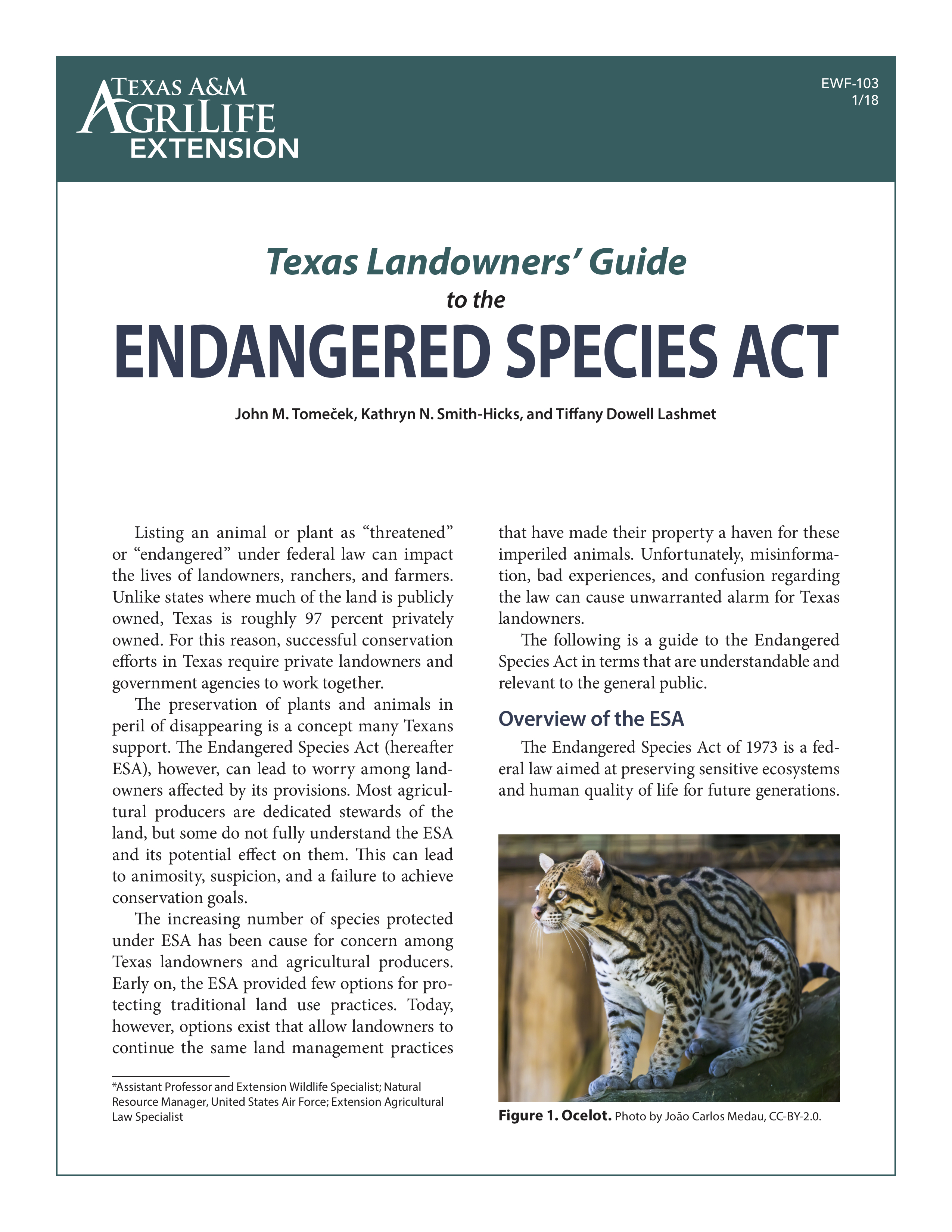 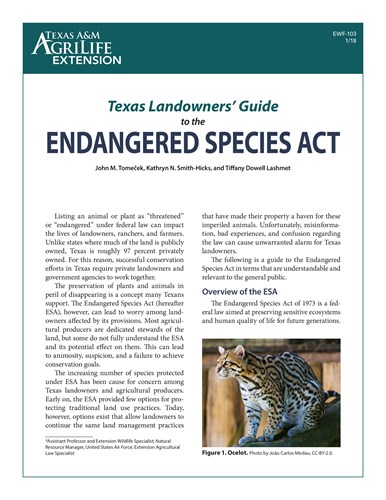