Habitat loss, invasive species, disease, overexploitation, pollution—these are just a few of the many threats that species face in their fight for survival and that conservationists try to manage for in their efforts to protect and conserve species.  When species are so rare that they are only found in one place on Earth, conservation efforts can be relatively straightforward.  For example, the Devil's Hole Pupfish (Cyprinodon diabolis) is only found in a single, deep limestone pool in Death Valley National Park where there are only an estimated 100-500 left in the wild.  In the case of the pupfish conservation consisted of two main actions: regulation of groundwater pumping to stabilize water levels in the pool and the creation of the Ash Meadows National Wildlife Refuge to protect the main water source for the pupfish.  However, most threatened, endangered, or at risk species do not have such localized ranges, and determining the most effective conservation actions and how to implement those actions is not quite as clear. 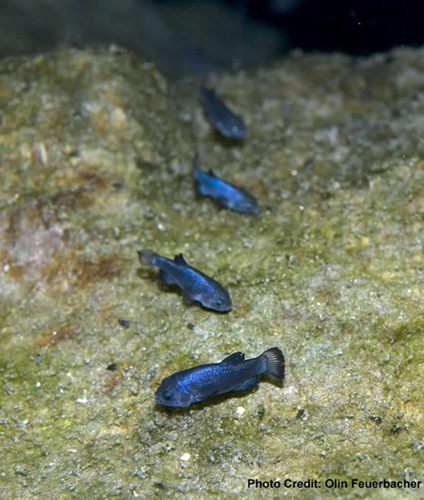 Imagine that the same pupfish is instead found in a large river like the Mississippi; the size of the area needing protection is now enormous, which in turn increases the number and complexity of the threats it faces.  For most species, this is the reality.  Traditional conservation efforts for these species typically target only one area or one threat at a time, and in turn, the actions needed become much more complex.  Effective conservation of species like this require that many different individuals and groups work together to protect habitat and reduce threats.  An example of one such successful collaboration already exists among the U.S. Department of Defense (DoD), the U.S. Fish and Wildlife Service (USFWS), conservation groups, and stakeholders in the southeastern U.S.

The DoD holds a considerable amount of land in the U.S., totaling approximately 11.4 million acres across 425 installations.  The majority of these lands have not experienced the same rate of large-scale habitat loss from development pressures as non-federally owned land has, and as a result, military installations hold large expanses of relatively undisturbed habitat for a variety of wildlife species.  Over 300 species listed as federally threatened or endangered by the Endangered Species Act (ESA) occur on lands managed by the DoD. 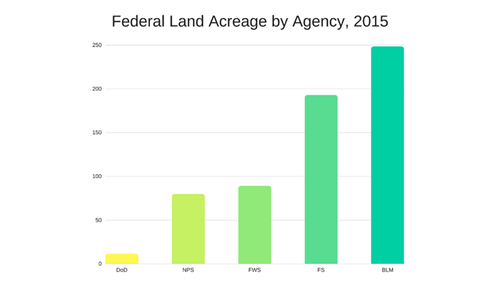 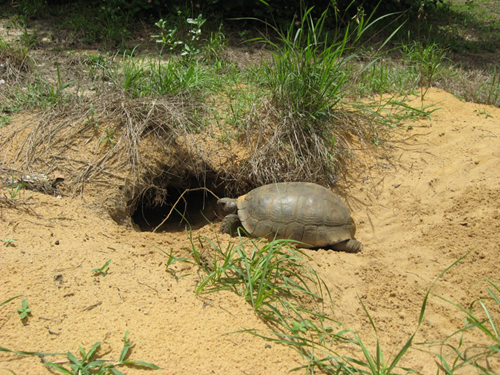 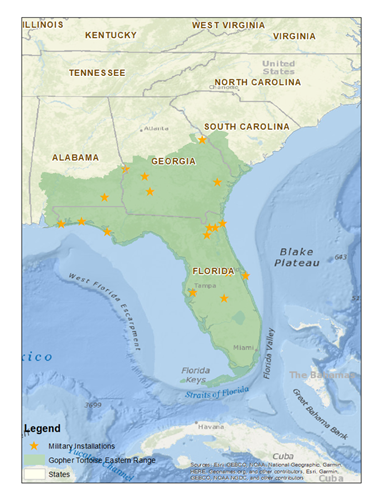 Known Status of the Gopher Tortoise on Military Installations in the Southeastern United States – data from Wilson et al. 1997, Esri 2018 and USFWS 2018b.

The easiest way to think about how the Crediting Strategy works is to think of it as a gopher tortoise savings account.  The DoD supports off-base tortoise conservation efforts that are recognized by USFWS, and in turn, they earn credits which are based on the size of the area conserved, the quality of the habitat found in the area, and the number of protected resident or translocated tortoises.  The larger the area, the better the habitat, and the more tortoises involved, the more credits the DoD receives and saves in their “tortoise account.”  In the event that the eastern population does become listed, these credits can then be used to offset, or mitigate, future DoD activities, such as using a new area of a base to conduct tank training maneuvers or building more roads throughout the base.  Further, the support of off-base conservation activities should reduce the likelihood of the tortoise becoming listed under the ESA.