Map of the Month: Wind Energy in Texas

Map of the Month: Wind Energy in Texas 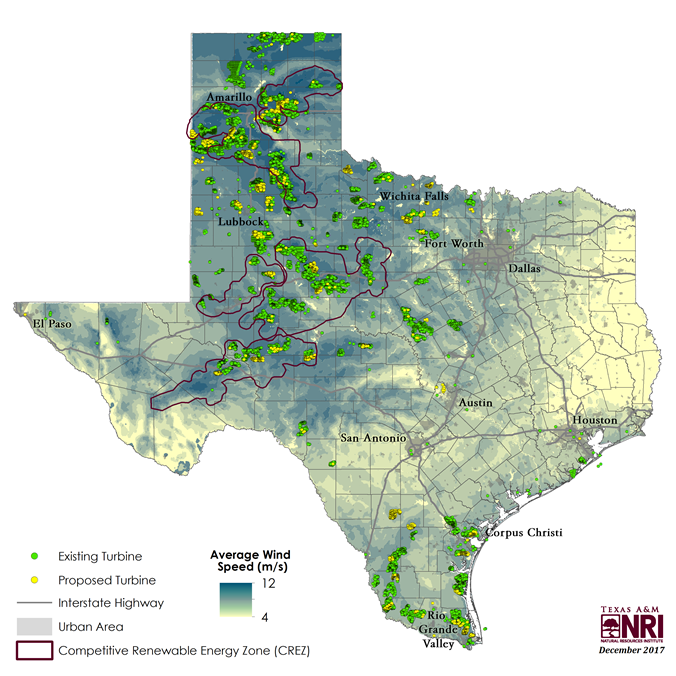 Texas is the largest wind energy producing state in the U.S. In fact, as of 2016, Texas produced more wind energy than the next three highest-ranking states combined—Texas producing 20,321 megawatts (MW) versus Iowa, Oklahoma, and California producing 19,224 MW (Shapiro, 2017). With present technology, wind energy development requires average wind speeds of over 6 meters per second (m/s). Approximately 90 percent of the state yields average wind speeds exceeding 6 m/s and 60 percent of the state garners wind speeds in the optimal range of over 7 m/s, making Texas ideal for this energy production. 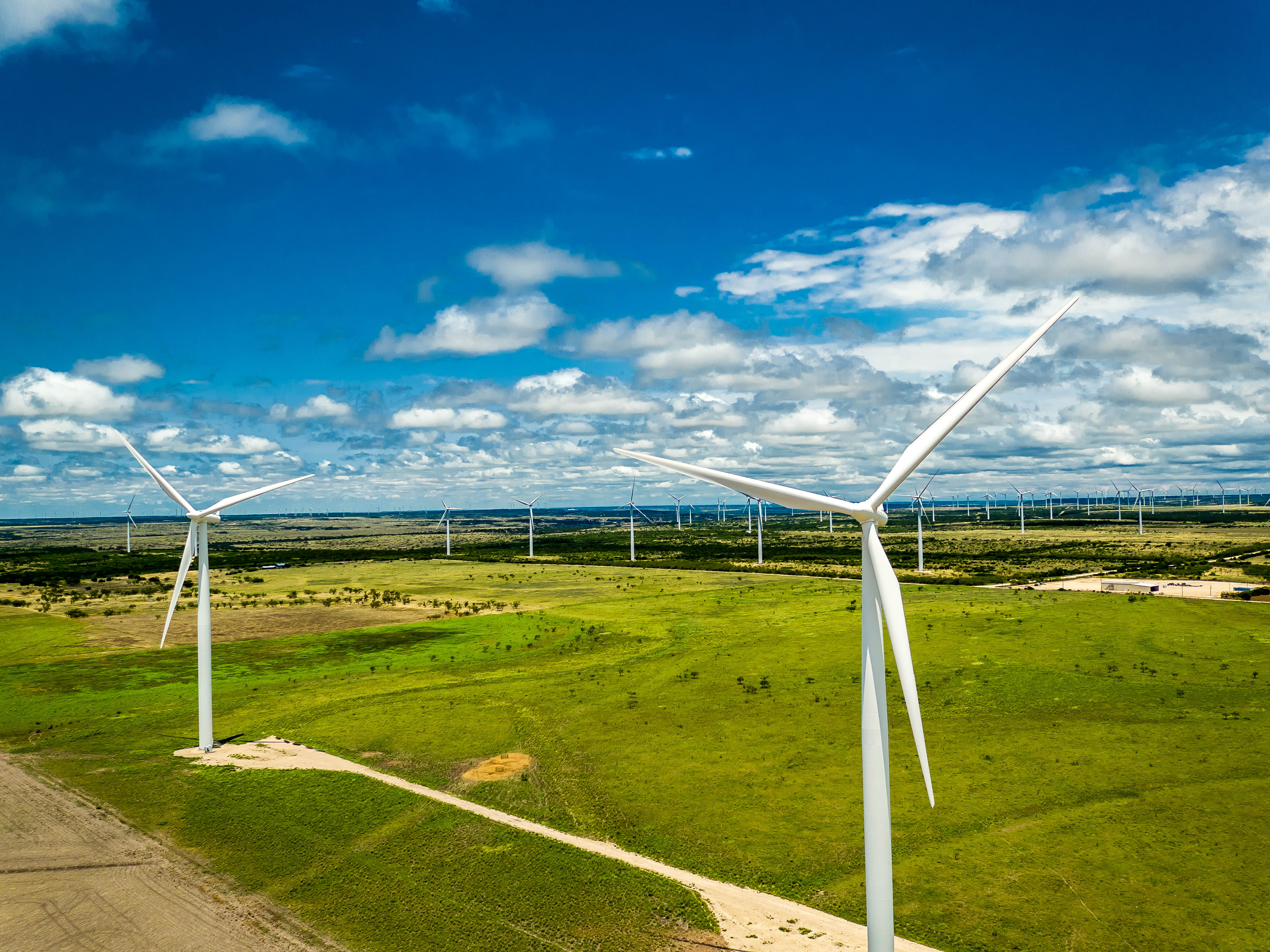 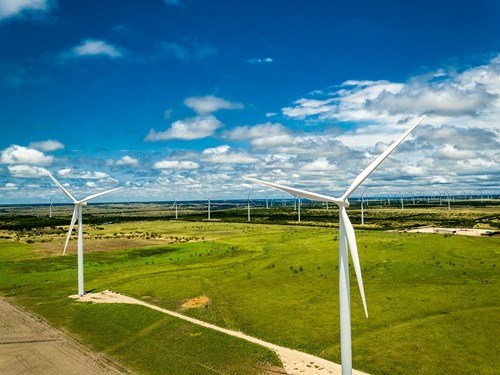 As the wind energy industry continues to expand, challenges of compatibility with other national priorities continue to be a consideration—including military training. Some specific concerns are obstruction hazards and the potential impact of weather and navigational radar interference with training operations. Recently, Texas lawmakers proposed legislation that will effectively limit construction of wind farms within a 30-mile radius of military controlled airfields and radar by eliminating tax incentives upon which these projects rely. 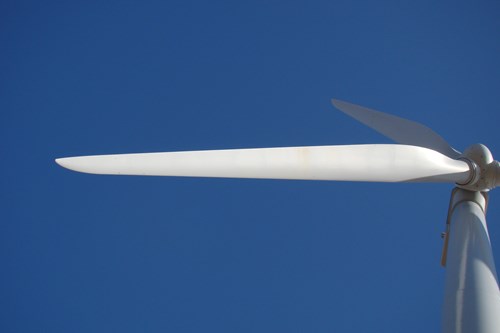 According to the latest Federal Aviation Administration (FAA) data, over 12,000 wind turbines exist in the state of Texas and in the Gulf of Mexico, almost double the number of turbines reported in 2010. When a wind turbine or wind farm is proposed, the FAA determines if the structure(s) will pose a threat to air navigation. Since 1991, almost 3,700 proposed turbines have been determined to be an air hazard, thus never constructed. Today, another 3,700 proposed turbines are still under review. This month’s featured map depicts current and proposed wind turbine locations, and average wind speeds across the state.

Things to Know About Wind Energy in Texas